We value our team members, their intellect and decision-making characters. We are proud we managed to gather smart, talented and client-oriented staff, and we are happy to introduce them to our clients!

Mrs. Linda O’Brien is of counsel to Max Alavi, Attorney at Law, APC and her sole focus is litigation.

"MAX ALAVI MADE THE PROCESS OF CREATING A FAMILY TRUST VERY EASY. HE WAS ORGANIZED AND WAS ABLE TO ANSWER ANY QUESTIONS I HAD QUICKLY. HE TREATED ME WITH RESPECT AND ASKED THOUGHTFUL QUESTIONS ABOUT WHAT I WANTED. IF YOU NEED A FAMILY TRUST I RECOMMEND MAX ALAVI HIGHLY WITHOUT ANY RESERVATIONS."
DAVID W.
"VERY PROFESSIONAL SERVICE. MAX WAS WONDERFUL! HE ANSWERED ALL OF OUR RIDICULOUS QUESTIONS AS MY HUSBAND AND I HADN'T EVER THOUGHT OF HAVING A TRUST AND HAD NO IDEA WHAT WE WERE DOING. IT WAS A VERY SIMPLE PROCESS, AND HIS OFFICE WORKED WITH US TO SCHEDULE APPOINTMENTS WITH OUR CRAZY SCHEDULE. WITH OUR GROWING FAMILY IT'S GREAT TO KNOW THAT OUR CHILDREN WILL BE PROTECTED IF SOMETHING HAPPENED TO ME AND MY HUSBAND, AND WE CAN THANK MAX FOR THAT FEELING OF PROTECTION!"​
ERIN B.
I FOUND MAX TO BE PATIENT AND RESPONSIVE TO OUR REQUESTS. IT TOOK A WHILE TO GET EVERYTHING IN ORDER SINCE WE LIVE OF-OF-STATE AND COULD NOT SIGN EVERYTHING IN LESS TIME. I WILL RECOMMEND MR. ALAVI TO MY CO-WORKERS WHEN THE SUBJECT OF LIVING TRUSTS COME UP.
VICENTE
MAX CAME TO MY WORK TO GIVE A PRESENTATION ON HIS SERVICES. HE WAS VERY PROFESSIONAL AND TOOK AS LONG AS WE NEEDED TO ANSWER ANY QUESTIONS WE HAD ABOUT HIS SERVICES. HE PUT THINGS IN A VERY EASY TO UNDERSTAND LANGUAGE AND MADE SURE HE DID NOT TALK ABOVE HIS AUDIENCE. I HIRED MR. ALAVI TO EXECUTE A LIVING TRUST FOR MY WIFE AND I. THROUGHOUT THE ENTIRE PROCESS HE WAS VERY PATIENT AND MADE SURE WE UNDERSTOOD EVERYTHING WE WERE INCORPORATING INTO THE TRUST. DEALING WITH MAX WAS A BREEZE AND I WOULD RECOMMEND HIM TO ALL MY FRIENDS AND COWORKERS.
MARCEL

Mr. Max Alavi, licensed in 1992, is an experienced estate planning, probate and trust dispute litigation attorney in Orange county and Los Angeles county who is passionate about really getting to know his clients and making sure that  their wishes for their family or those of the loved one who has passed be realized fully, quickly and efficiently .Mr. Alavi focuses on assisting clients establish effective and secure vehicles for passing their assets to their loved ones and protecting their families from the uncertainty and expense associated with probate and testamentary guardianship matters. These include everything from simple probate avoidance Living Trusts to the most sophisticated living trust such as ABC trusts for blended families with potential estate tax exposure, Life Insurance Trusts (ILITs), Family Limited Partnerships, various Grantor and Irrevocable Trusts. Also, Mr. Alavi is often engaged to assist Trustees and Administrators with managing and settlement of the trust assets and probate related issues in Orange County and Los Angeles county.  Mr. Alavi strives to keep trust administration/probate affordable in order to help trustees/administrators and beneficiaries avoid the costly litigation that can result from failing to follow the proper procedures in trust administration or probate. 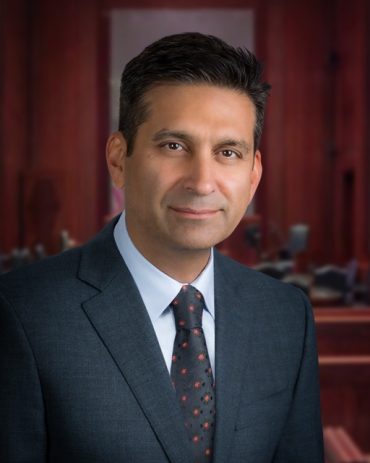 Mr. Justin Kincheloe is an associate attorney at Max Alavi, Attorney at Law, APC.  His primary focus is probate litigation and estate planning.  Mr. Kincheloe was born and raised in Des Moines, IA before moving to California in 2006 for law school.  He became a licensed attorney in 2009.  Mr. Kincheloe has practiced law in a number of different areas that include probate litigation, estate planning, bankruptcy, personal injury and general civil litigation.  Mr. Kincheloe has been selected for inclusion into the National Advocates Top 40 Under 40 attorneys in California for Wills, Trusts & Estates, an honor given to only a select group of lawyers as recognition of their superior skills and qualifications in the field. 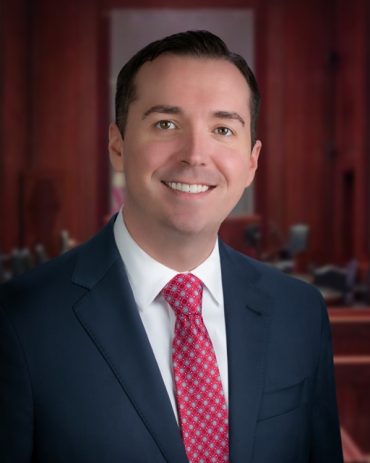 Mrs. Linda O’Brien is of counsel to Max Alavi, Attorney at Law, APC and her sole focus is litigation.

Mrs. O’Brien has over 30 years of trial experience and is licensed to practice law in all state courts for the State of California as well as all U.S. District Courts for the Southern, Central and Northern districts of California.
Mrs. O’Brien started her legal career as a California Deputy District Attorney and, after gaining considerable litigation experience, became trial counsel for Turner Cooper Reynolds & Grey a civil litigation firm in Orange County in 1990. In 1999 Mrs. O’Brien became trial counsel for Darling & Robertson in Orange County, California. From 2003 to 2015, Mrs. O’Brien managed her own very successful law firm. Beginning in 2016 Mrs. O’Brien scaled back her activities to certain litigation cases of interest.
Since 2020, Mrs. O’Brien has served as of counsel with Max Alavi, Attorney at Law, APC where she is involved in litigation related to breach of fiduciary duties, fraud and elder abuse causes of action.

Mrs. O’Brien received her Juris Doctorate degree in law from the McGeorge School of Law, University of the Pacific in 1987; and a Bachelor of Arts degree in political science from Pepperdine University in 1984. Mrs. O’Brien has also admitted to the State Bar of Illinois in 1993.

*According to California Rule of Professional Conduct 1-400(E)(8), an attorney is “of counsel” if there is a “close, personal, continuous and regular relationship” with a named firm. The “of counsel” can maintain a separate source of work, so long as conflicts and other ethical implications do not arise 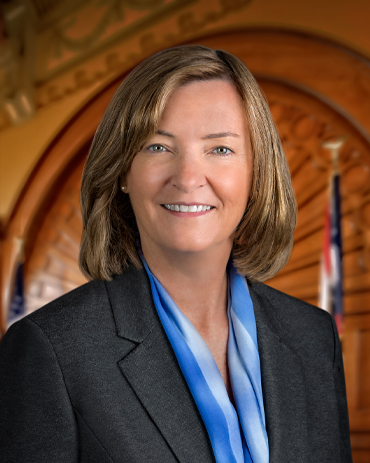